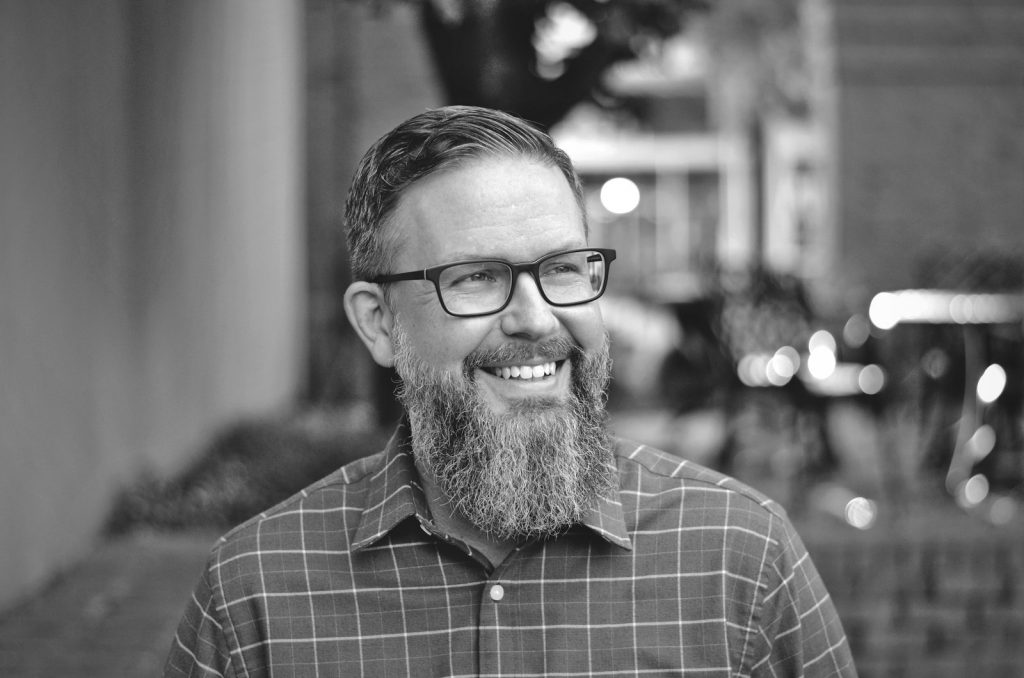 A native Georgian, Ed lives on a south Georgia farm with his wife, six children, eight cats, a dog, too many goats, and one rabbit named Banjo.

Ed blends just the right mix of stand-up, crowd work, guitar, and impressions to bring a clean, relevant show with something for everyone. His act reaches across generations and backgrounds to connect with people of all ages.

Whether it’s his awkward attempts to keep marital romance alive, his spot-on impressions of public figures, or riffing on the behavior of his kids, Ed’s act is a blend of smart and zany that brings everyone on board for a hilarious ride.

His Facebook videos have been seen by millions around the globe. He regularly performs at venues large and small across the U.S.

WHAT FOLKS SAY ABOUT ED

A lightning fast wit with a Georgia drawl, Ed will leave your audience in side-splitting stitches with his hysterical observational comedy, unbelievable impressions, and dynamic audience engagement. Ed takes an event from fun to laughter cardio!
Julie Lyles Carr
Best-selling author, speaker, podcast host of The Modern Motherhood Podcast, Pastor of Women's Ministry, LifeAustin, TX
Ed Wiley is a talented yet down home comedian who helped us raise critical funds our non-profit. His celebrity impressions are priceless.
Todd Robinson
Executive Director at Next Step Recovery Ministries, Macon, GA
Ed is wonderful! On and off the stage he is a pleasure to work with and the fact he's hilarious makes it a no brainier to have him for your event.
Logan Merrick
Lead Pastor at University Church, Lincoln, NE
We were very pleased with the Caffeinated Comedy event that we hosted, featuring the humor of Ed Wiley. Not only was the event successful due to Ed’s hilarious stand-up routine and spot-on impersonations, but interacting with him before and after the show was also a pleasure. He’s down-to-earth, approachable, and fun to be around... I encourage you to book him for any event you’re planning, if you’re looking to make people laugh out-loud. (Oh, and his musical comedy and numbers with his girls were awesome. Our people loved them!)
Rick Jacobs
Worship Pastor, First Baptist Church Pompano Beach
Ed is an extremely talented entertainer! He has the unique ability to weave his comedy through traditional stand-up, impressions, and music. We will be bringing him back for our next employee meeting.
K. Rubin
SVP Operations, Orasi Software
Ed Wiley is taking the world of clean comedy by storm. Funny. Intelligent. Original. Did I mention funny? If you need a night of non-stop laughs delivered through music, stand-up, and impressions that appeals to a broad audience... then you need to book Ed Wiley for your next event.
Kay Dodd
veteran comedian, host/emcee, producer, and speaker
Ed was hilarious from the minute he appeared on the stage at our corporate event. His jokes and songs were tailored to our business and our people. Everyone thoroughly enjoyed the performance.
J. Azar
Sr. Vice President, CTO, Orasi Software
Ed Wiley is one of the rare gems of comedy that comes out of nowhere to knock you out with premises and punchlines you couldn't guess were coming. Because of his originality, you find yourself laughing like you never have before, and before you know it, he's done, and all you want is more because it felt so good. That's why if I can get him, he's on a show with me!!! Because I like to laugh too!
Bone Hampton
Comedian, actor
Ed Wiley is funny, a joy to work with, and his impersonations are spot on!
Linda Baylis Spence
Accomack-Northampton Pregnancy Center-Virginia's Eastern Shore
All right, Ed Wiley! Crock-pot's heatin' up!
Dusty Slay
Comedian
Facebook Twitter Instagram